There were white bubbles floating down the creek yesterday. They looked as if they were in a hurry. Like walkers on a Manhattan sidewalk in the morning, they darted around obstacles, each one choosing its own path, no one ever really getting ahead of another. The scattered rush flowed on together for as far as the eye could see.

There were Common Mergansers on the water, too. The birds were taking their time. Floating in unison from shore to shore, they moved cautiously, forever vigilant of their surroundings. A single male in front; five or six females behind. When the channel narrowed and water rippled, they gave into the current. Like kayakers on an adventure, they seemed to play with the water, dipping their heads in then shaking them off, all while skittering down the rapids with ease.

I turned to walk back to the office. I moved along up the steep hill, like everything else, at a pace that was entirely my own. 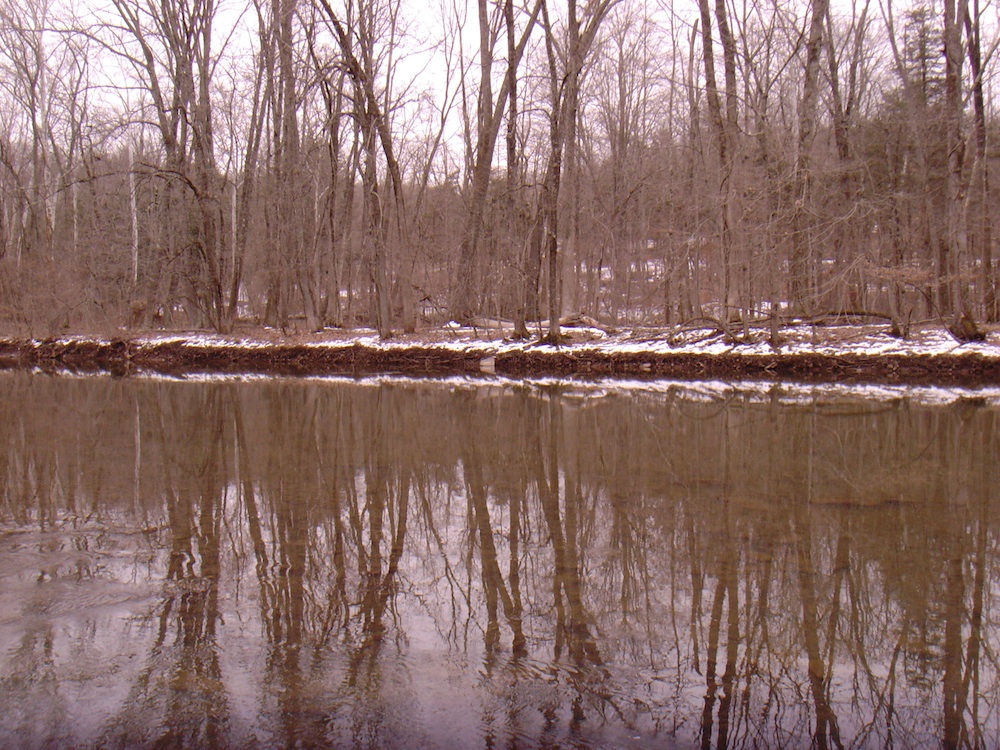 This site uses Akismet to reduce spam. Learn how your comment data is processed.

Stay updated via email; join one or all of Ruth's private lists now!

This link will redirect you to a signup form on RuthHeil.com, which is the gateway site to all of Ruth's work.